What is NMR Spectroscopy?

Q&A with Dr. Gerhard Wagner, who helped define the field.

Nuclear Magnetic Resonance (NMR) Spectroscopy, developed in late 1940s, is an analytical tool that can tell you the composition, the structure and the dynamics of small molecules, proteins, nucleic acids or combinations thereof. Basically, NMR tells us what something is made of, how it is organized and how it moves. Felix Bloch at Stanford and Edward Purcell at Harvard both earned bragging rights for separately discovering the technique, for which they would share the 1952 Noble Prize in Physics.

Every day physicists, chemists, biochemists, clinicians and more all make use of NMR technology. The principle of NMR relies on nuclei spin and radio frequency energy. You see, everything in our world is made up of matter, that matter is composed of atoms, and those atoms have nuclei containing protons and neutrons. Many nuclei have a property called “spin”, which loosely means they act like tiny bar magnets. If those nuclei (tiny bar magnets) are placed near a bigger magnet, they will tend to line up in the direction of the big magnet. A compass works in a very similar manner, where the small magnet within the compass aligns with the earth’s magnetic field to point North. 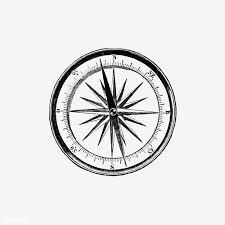 The compass needle pointing North, is considered the lower energy state, the “alpha” state in NMR lingo. By applying energy, you can manually move the compass needle from North to South, this is a higher energy state called the “beta” state. As soon as you remove your finger, energy will be released, and the needle will move back to North aka the lower energy alpha state. NMR is very similar, where we place a sample composed of atomic nuclei inside a giant magnet (called B0). This causes the nuclei in the sample to align with B0 in the alpha state. Then just like moving the compass needle, we apply energy in the form of a radiofrequency pulses to move the nuclei to the beta state. When that energy is removed the nuclei will relax back to the low energy alpha state and in doing so emit energy we can detect and quantify.

NMR spectroscopists have developed incredibly sophisticated ways of manipulating those nuclei, applying radiofrequency pulses and detecting the energy emission in 1D, 2D, 3D and even 4D. This has enabled folks to identify new chemical matter, to solve the atomic-resolution structure of proteins and RNA molecules, to understand how drugs and their targets interact and so much more. At Olaris, we use NMR as a robust, universal, non-destructive and highly reproducible platform to detect and quantify metabolites from patient samples to correlate with drug outcomes.

NMR wouldn’t be what it is today without the contributions of incredibly talented, creative and dedicated scientists. They are the heroes of NMR. I would rank Dr. Gerhard Wagner at the top of that list. Gerhard was part of the team to solve the first NMR structures of small proteins, he has repeatedly developed new methods to revolutionize protein NMR, and the work in his lab around non-uniform sampling (NUS) has transformed the field entirely. Trainees in his lab, of which I am grateful to have been one, are both encouraged and challenged to push the boundaries of NMR. Gerhard has managed to accomplish this and more, while also being one of the nicest and funniest humans out there.

We sat down with Dr. Gerhard Wagner, Olaris Co-Founder, to learn a little more about what drives him.

What led you to NMR?

I studied physics at the Technical University in Munich Germany. As a Diploma thesis project, I decided that I wanted to do something related to biology and chose to use Mössbauer effect to study heme proteins and ferredoxins, proteins that have iron centers. I could characterize the electron energy levels of the heme iron and define their symmetry. I had to build my own spectrometer and measured the 57Fe resonance splitting to get the quadrupole moment. This project got me interested in proteins and showed promise to lead to exciting new insights. Through my supervisor who spent a sabbatical with Bob Shulman at Bell Labs, I learned that one can do NMR spectroscopy of heme proteins and could see many resonances distributed over a large frequency range. This sounded interesting. The postdoc who discovered the heme signals in Bob Shulman’s group at Bell labs was Kurt Wüthrich; he had just accepted a faculty position at the ETH in Zurich and set up a new lab. By chance I knew a female in Zurich who liked skiing and rock climbing as I did. Thus, I decided to move to Zurich in 1973 and start NMR on proteins in the Wüthrich group and climb all tall mountains in the Alps. Luckily, I started a PhD project in Zurich at the early time of protein NMR. I found that aromatic side chains rotate rapidly in the interior of tightly packed globular proteins, I developed methods sequentially assigning proteins and was involved in solving the first solution structures of small proteins. After a postdoc at MIT and another back at the ETH I accepted an offer for my first faculty position at the University of Michigan in Ann Arbor; soon after, I was offered a position at Harvard Medical School, where I have been now since 1990.

What is the Wagner Lab working on right now? How has your research evolved over the years?

After moving to Boston, I continued to work on improving NMR methods for characterizing protein dynamic and solving many protein structures in solution. Key areas of interest are T-cell proteins including the T-cell receptor (TCR) and associated factors, and proteins in apoptosis and translation initiation. We are currently working on inhibitors of the translation initiation machinery which are promising anti-cancer agents and started a company based on this technology based on a Harvard license. Recently I became excited about developing tools for studying membrane proteins. We developed covalently circularized nanodiscs that harbor lipid bilayers in stable protein or DNA-bound scaffolds. They provide very homogeneous and highly stable environments and offer many opportunities. We just determined a cryoEM structure of the complex of a GPCR complex with heterotrimeric G protein Gi in a 9 nm cND. In another effort, we also have developed technology that allowed us to perform high-throughput in-silico screening of large compound libraries (>billion) to identify inhibitors of protein-protein interactions.

What technological advances in NMR are you most excited about right now? What fields do you see NMR having an impact on in the future?

We very much believe in the value of non-uniform sampling of multi-dimensional NMR data. The highest impact is on 3D and 4D data where we can obtain spectra at very high-resolution that is not possible with conventional spectroscopy. However, judicious choice of sampling schedules is key as well as good reconstruction methods. On another end, we are excited about using 19F-13C TROSY for structure and dynamic experiments of proteins and nucleic acids. The 13C-detected 19F-13C TROSY yield very sharp lines for very large proteins or nucleic acid complexes.

I believe that NMR will continue to have a large impact on characterizing dynamic effects of proteins, RNA and their complexes. I also believe that NMR has an important impact on drug discovery, in particular targeting protein interactions, rather than targeting enzymes.

What is the biggest hurdle for people working with or studying NMR? Do you have advice for working around it?

NMR is a technique that requires basic understanding of quantum mechanics and spin physics if new methods should be developed. However, recording basic 1D, 2D or 3D spectra, well maintained pulse sequences are available, and basic computer skills together with Unix familiarity is sufficient to run good applications.

You’ve published 530 papers, what publications will always stand out to you?

(i) Dynamics of the aromatic amino acid residues in the globular conformation of the basic pancreatic trypsin inhibitor (BPTI). 1H NMR studies

This paper showed that aromatic side chains rotate rapidly even in the most densely packed globular proteins. It contradicted crystallographers’ view of proteins and was key to the development of protein dynamics.

This experiment made possible sequential resonance assignments of proteins

(v) CHO structure, Conformation and Function of the N-linked Glycan in the Adhesion Domain of Human CD2

(vi) Small Molecule Inhibition of the Interaction Between the Translation Initiation Factors eIF4E and eIF4G.

Discovery of translation initiation inhibitors that have anti-tumor activity

Largest NMR structure of a membrane protein at that time

Many NMR spectroscopists look to you as a mentor, who did you look to when you were starting out in the field? What was the best advice they gave you?

I did not think in these terms at that time. I came from a blue-collar family background. I didn’t have a role model I would have wanted to follow, and this was all the time doing science. When I told my advisors on my Mössbauer effect thesis that I wanted to do NMR on proteins, one of them advised me that I should not go that route because everything was done already in NMR (which was probably true for NMR in chemistry in the early 1970s). I started in protein NMR anyway and was lucky that this was at the beginning of a new field. When I get new coworkers, I suggest certain projects I am interested in but encourage them to also think about creative new ideas. I think looking at new emerging fields is important.

What is something I would not know about you even if I read your CV and all of your publications?

It is a secret.